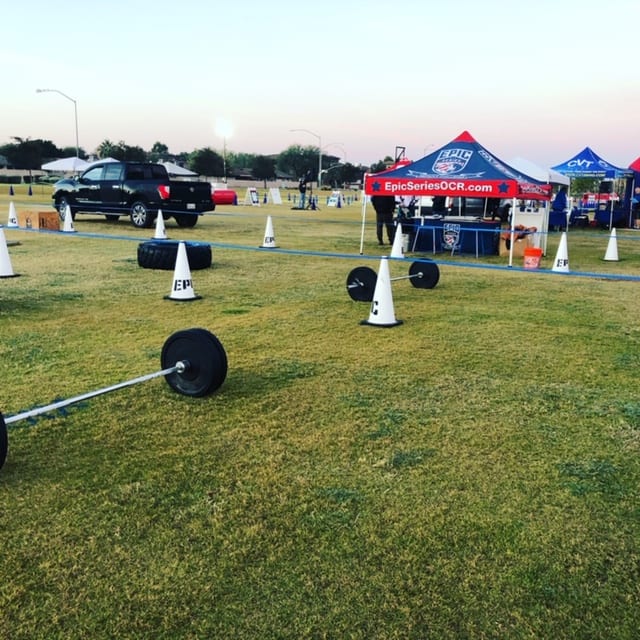 In mid-December, the Epic OCR Race series came to Arizona for the first time. After following them on Instagram over the last few months, I was so excited to compete in this unique race format!  Epic combines the best of OCR with an option to add a CrossFit style strength course after completing the OCR course. This hybrid race series offers a unique opportunity to compete in a way that we typically do not see in the OCR world. 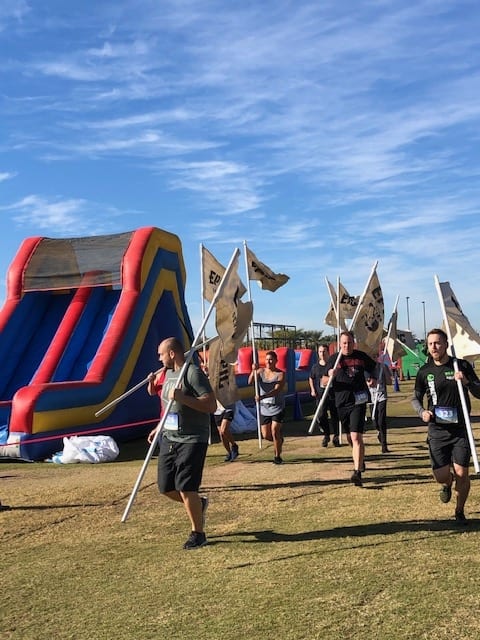 The OCR course was set up in a way that you would complete 3 separate lanes of various obstacles and heavy carries with a lap of three 6-foot walls and an inflatable obstacle between each lap.  The obstacles seen on this portion of the course were over unders, a keg carry lap, box jump burpees, over the shoulders with an atlas stone, a slosh bar lap, rope climbs, heavy hoist, archery, a heavy carry lap, rock walls, and 2-minute wall sits and planks amongst other obstacles.

This course took me about 26 minutes to complete and put me in 2nd place for this portion of the course. The female winner finished in 24 minutes.  In my opinion, the hardest obstacle was the keg carry. The keg itself was slippery and the water inside the keg made it very difficult to get a good over the shoulder carry going.  I ended up using most of my grip strength to stabilize the keg while running the ¼ mile lap.  Once I completed this course, I went over to another tent to get my time for the strength portion of the competition. 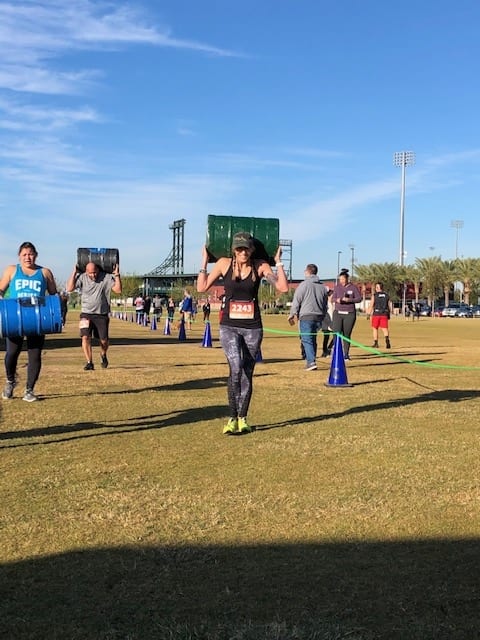 45 minutes after completing the OCR course, I competed in the strength course. At the end of the day, there was an OCR course winner based on time and then overall combined winners that were determined by taking the time it took to complete the OCR course and strength course.  There was some confusion as to whether or not there would be a strength course winner, but they did not award winners for that course. I absolutely love the concept of this race.  A short, heavy obstacle-based course is always fun and the addition of the strength course added an exciting new element.  There were definitely some things that could use improvement. 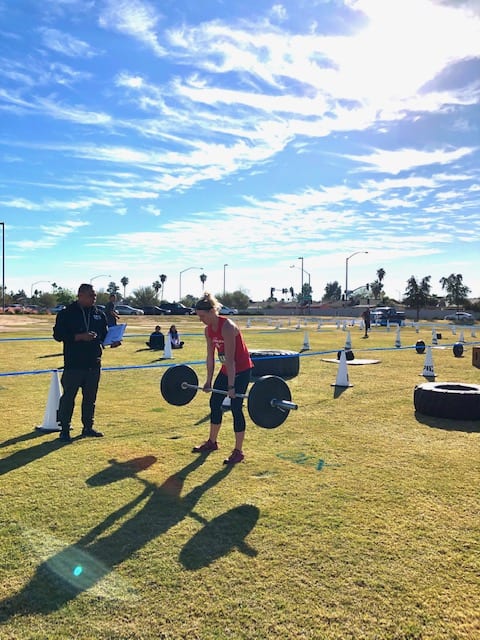 Overall, the organization of the strength course was lacking.  There was only one judge for the female competitors and one judge the male competitors.  Because of that, it ended up taking over 4 hours to have all athletes complete this course.  I finished competing at 9:45 am and the awards ceremony did not start until 2 pm.  If they offered 2 lanes with 2-3 judges for both the male and female athletes, it would have cut the time significantly. The staff and volunteers were very friendly, and that made up for all of the waiting around.   I hope that this series makes a regular appearance in Arizona, it could help bridge the gap between CrossFit and OCR and bring some new athletes to the course!