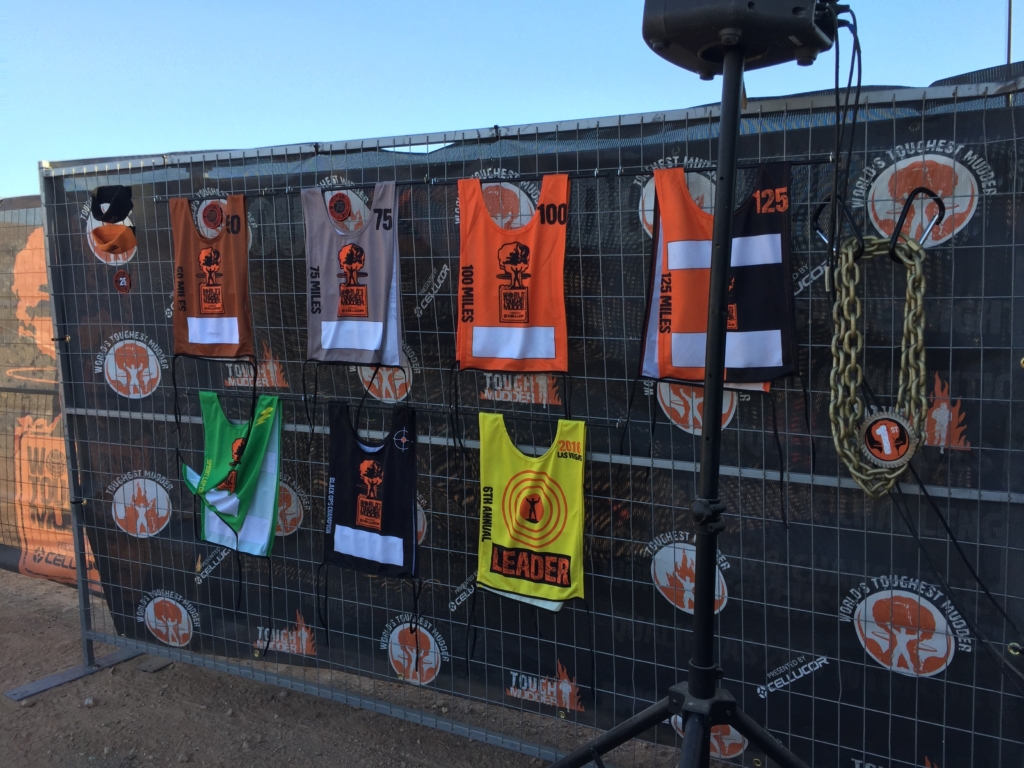 World's Toughest Mudder is in the books for 2016! Tomorrow marks the formal award ceremonies and brunch were top athletes will receive prizes, kettlebells, and some fo those coveted orange blazers. Until then it is time to revisit the last thirty or so hours in the desert with some of the most inspiring and crazy people around. This year World's Toughest Mudder began with the culmination of months of fundraising by several dedicated racers to raise money for St. Baldricks Foundation. Over thirty athletes combined raised a total of $125,000 for the charity. This turned out to be the largest amount of money raised for a single event in the charity history. Here Matty Gregg gets his head shaved as part of the fundraiser. See the full MRG coverage here. 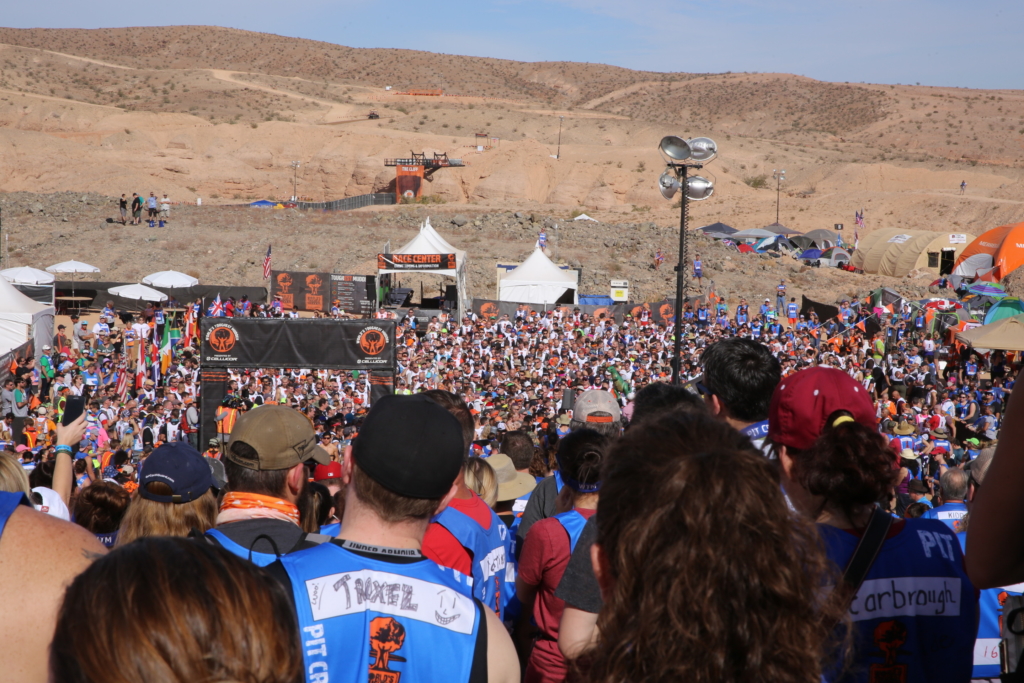 Over 1,300 athletes gather for instructions and inspiration from Mr. Sean Corvelle as Pit Crew line the fences with cameras in hand. Relive the start of the race. Melissa Dugan is all smiles as she takes on her first lap at the start of the 6th Annual World's Toughest Mudder. The first lap was a running only lap. 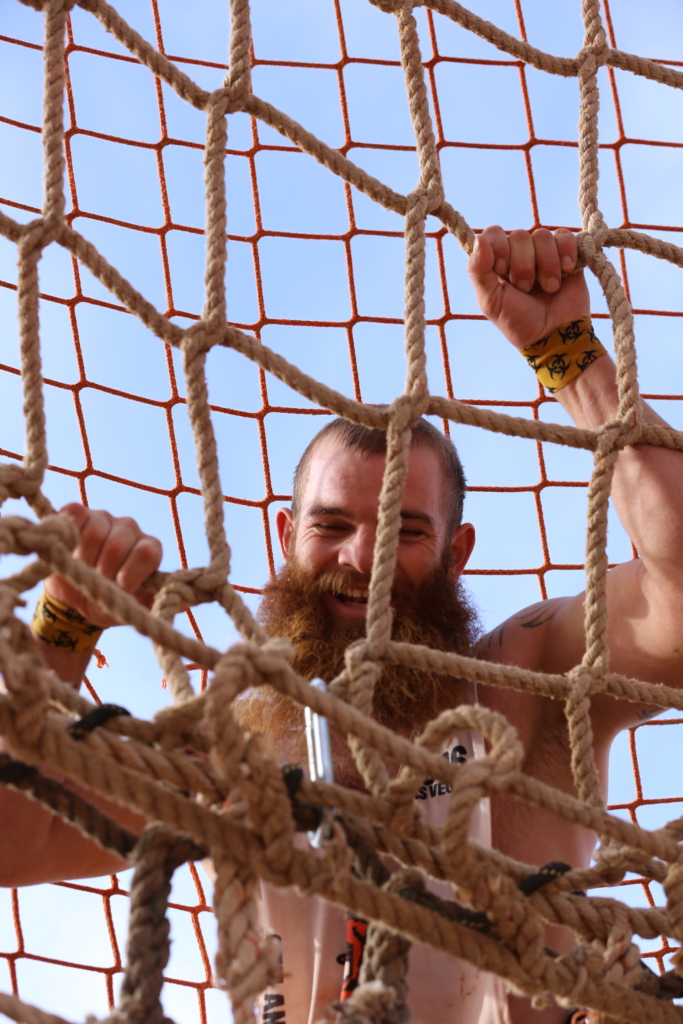 After the first hour, the obstacles opened and athletes got to test twenty-five different obstacle including previews of the 2017 season. Athletes tried to get in as many laps as possible before the sunset. Check out our quick update here from the afternoon. 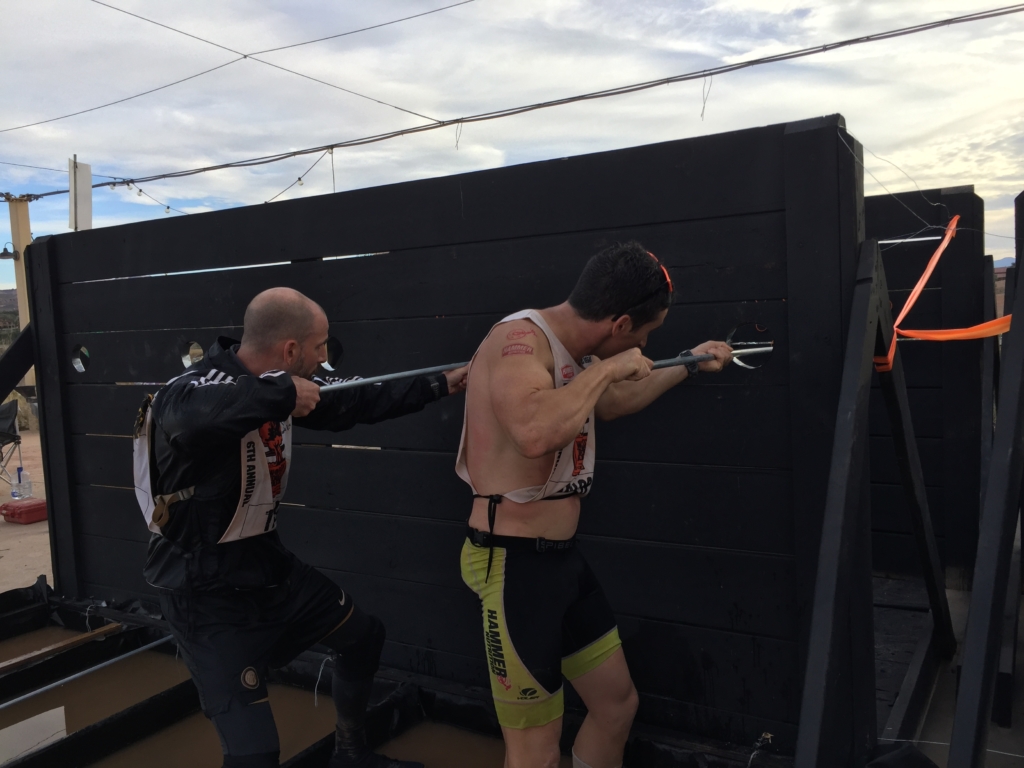 Obstacles included the electrified “Operation”. Yes, Just like the classic game you grew up on. The sunset's early in the desert. By 4:00pm signs of darkness were on the horizon. 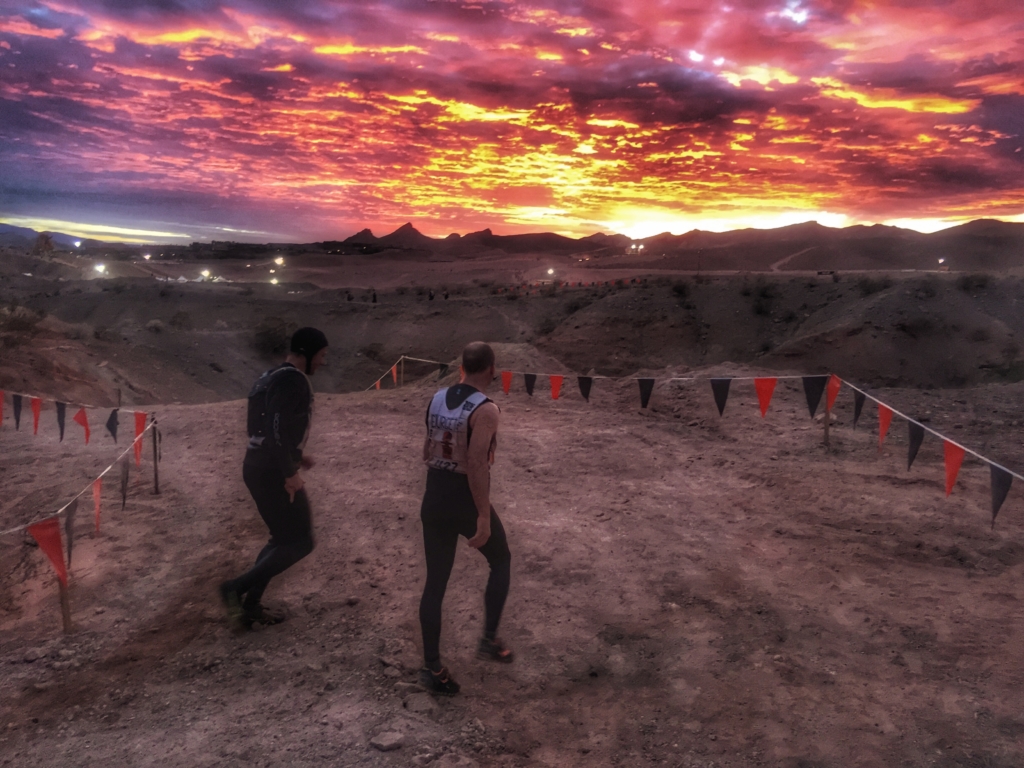 Competitors were treated to a spectacular sunset with obstacles off on the horizon. 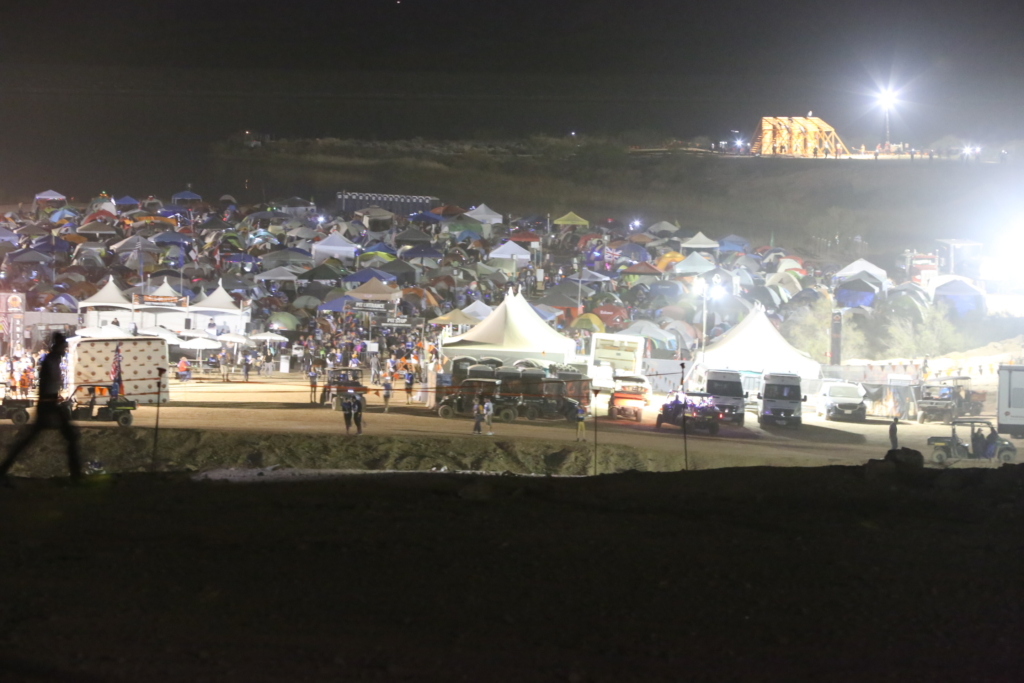 Darkness covered the course. Athletes started to don wetsuits, and prep as the temperatures would drop but not nearly as much as past years. Making this the most mild World's Toughest Mudder yet. Check out our first Black ops update. 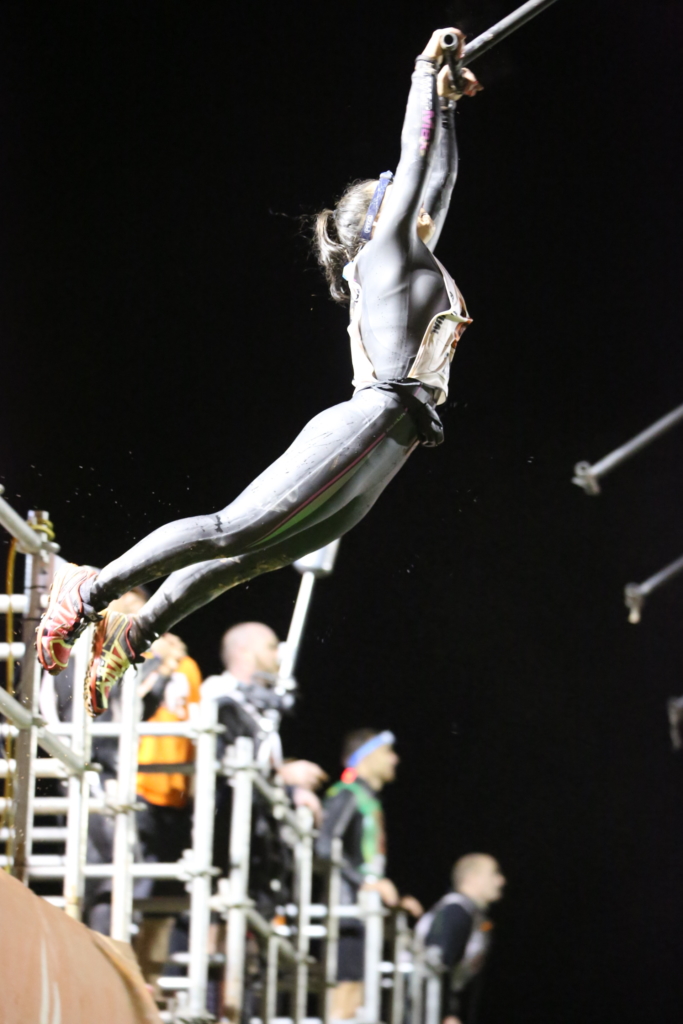 Another new favorite Double Rainbow debuted this weekend as an upgrade from King of Swingers. While World's Toughest Mudder is a race it is also about teamwork. Check out Ryan Atkins and Jon Albon assisting other competitors on Everest. To see who was leading at this point in the race check out our live feed from 9:00pm. 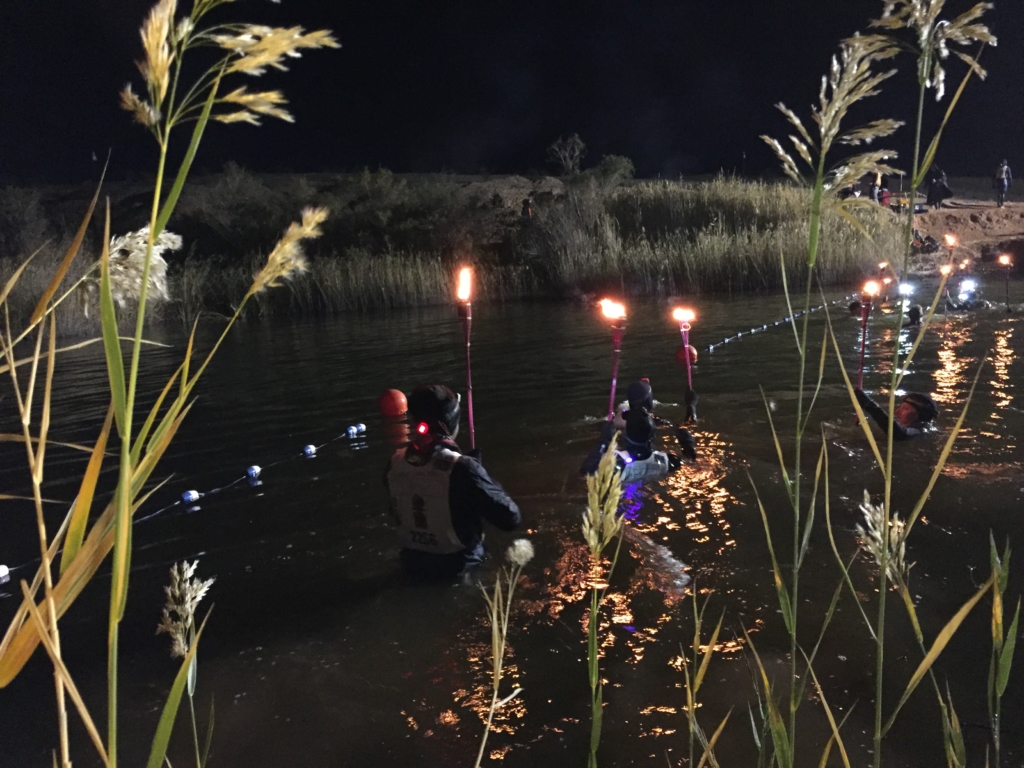 At midnight new obstacles opening, notably the Cliff Jump and Statue of Liberty obstacles. Here several competitors carry the torch across the pond without letting it out. 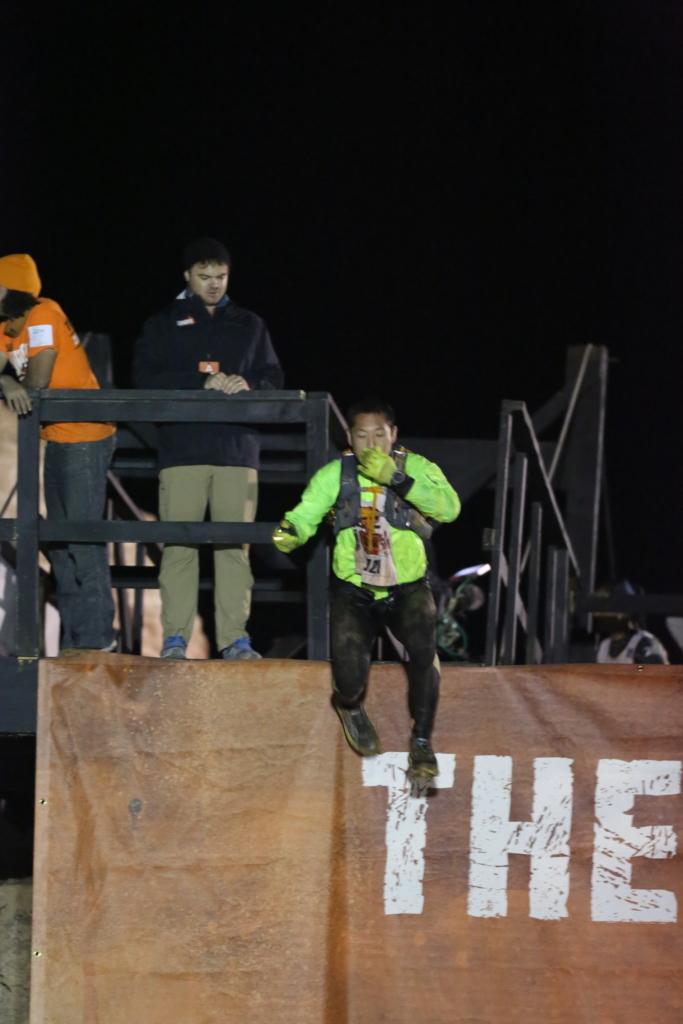 This athlete jumps off the cliff shortly after opening. The Cliff was a 35-foot cliff jump which tested athletes mental fortitude to stand up there and jump. Our midnight update was in front of the cliff, check out the variety of splashes. At 3:00am we caught up with Jim “Da Goat” Campbell as he took on “Backstabber” an obstacle which quickly created colorful language in many an athlete. Check out our 3am update. 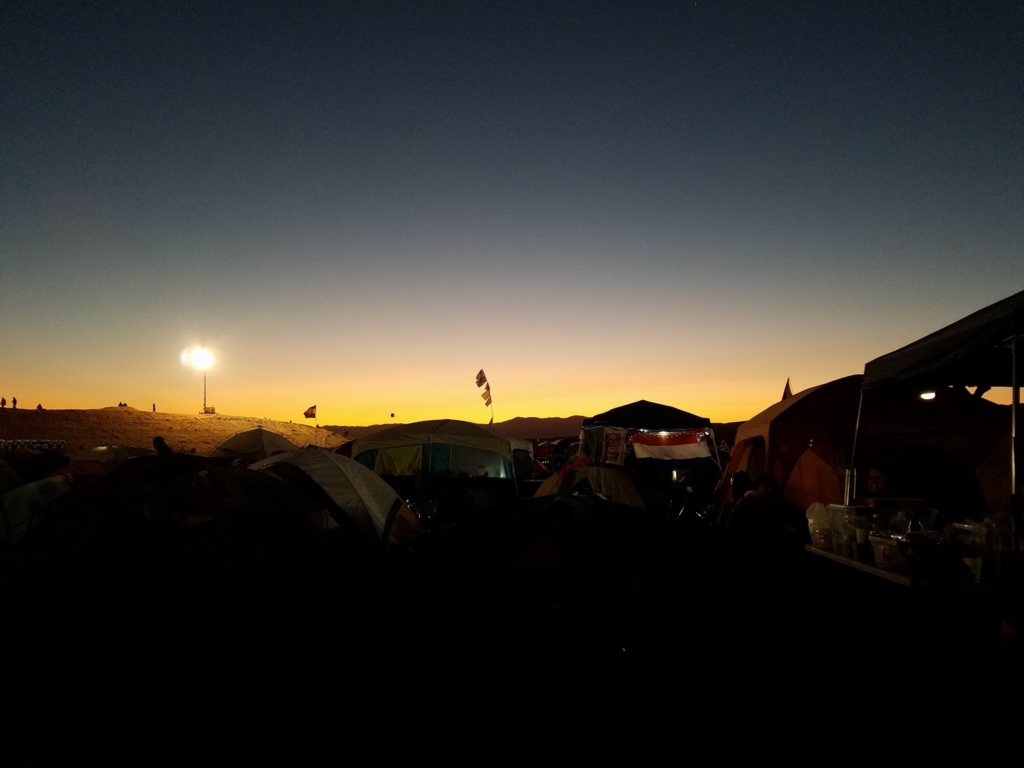 Sunrise peeked out from behind the mountains giving the first signs of light and hope for those who suffered a long night tackling obstacle after obstacle. It was in the late hours of the night that one of the main contenders was pulled for medical reasons, Junyong Pak was pulled. Check out our 6am update to see how athletes fared overnight. 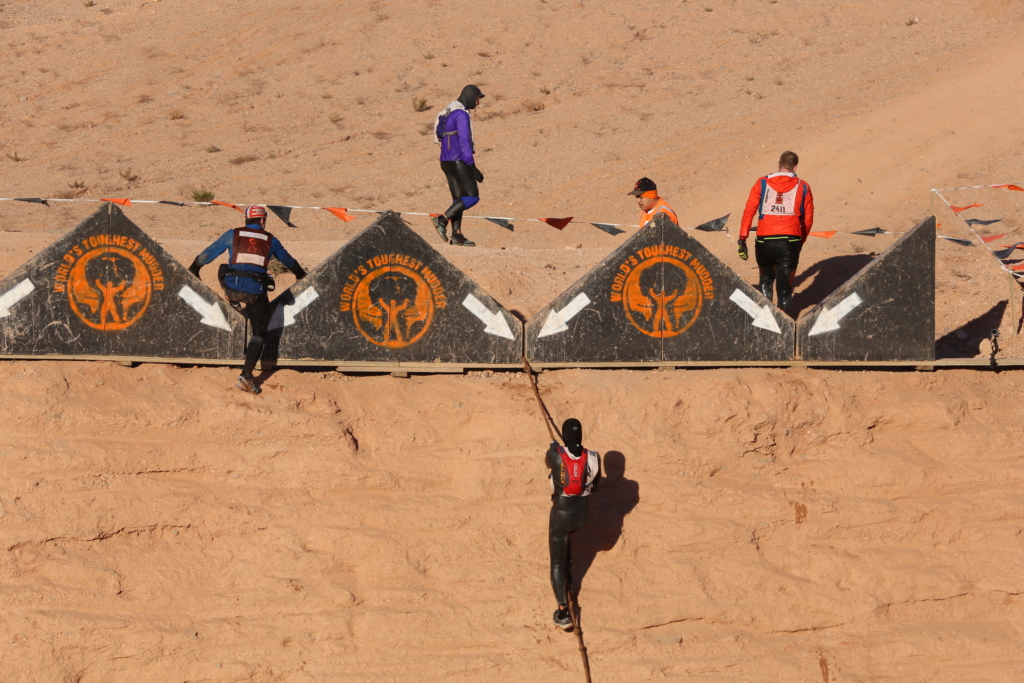 These athletes take on the grappler obstacle and climb up the side of the cliff. As the race entered into the last couple hours the action heated up with those competing for the top prizes. Relive the moment where Team Goat Tough (Ryan Atkins & Jon Albon) completed 100 miles, earning themselves $100,000 in the process. You won't want to miss this replay. 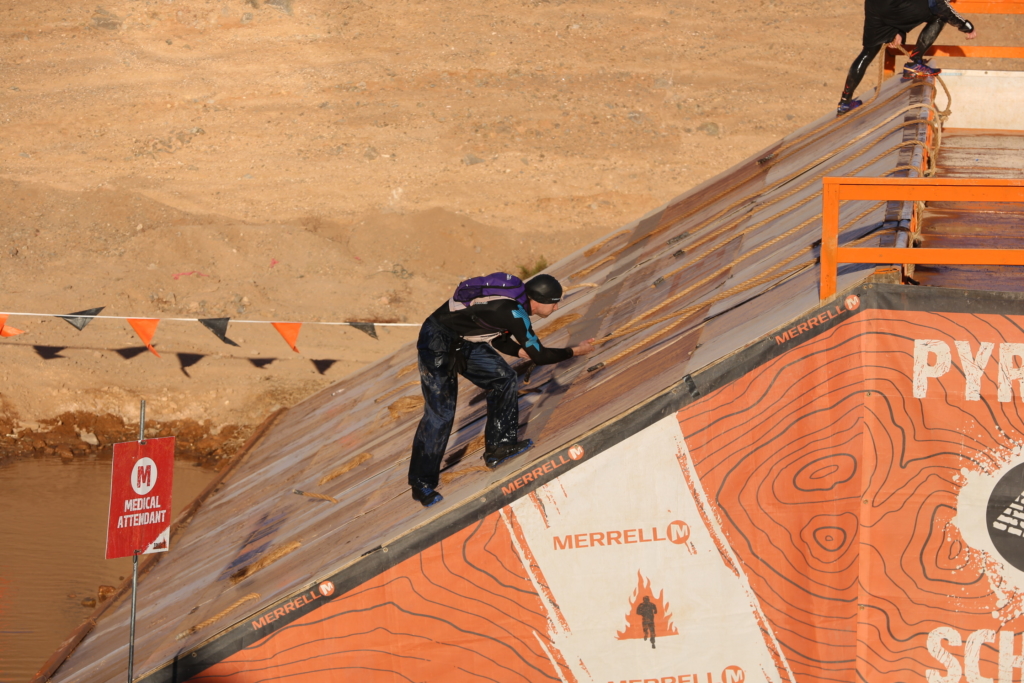 As the last hour's click by as athletes try to get their last few miles in to reach personal goals and personal bests. As high noon hit, athletes began to cross the finish line and earn black headbands. Top individuals and top teams earned these hefty medals prior to the formal awards dinner tomorrow afternoon. Check out our stream of the finish line and watch some of your favorite athletes. Happy athlete and his pit after the race completed. Be sure to check back on Mud Run Guide's FB page on Tuesday for thousands of photos our team took during the event.