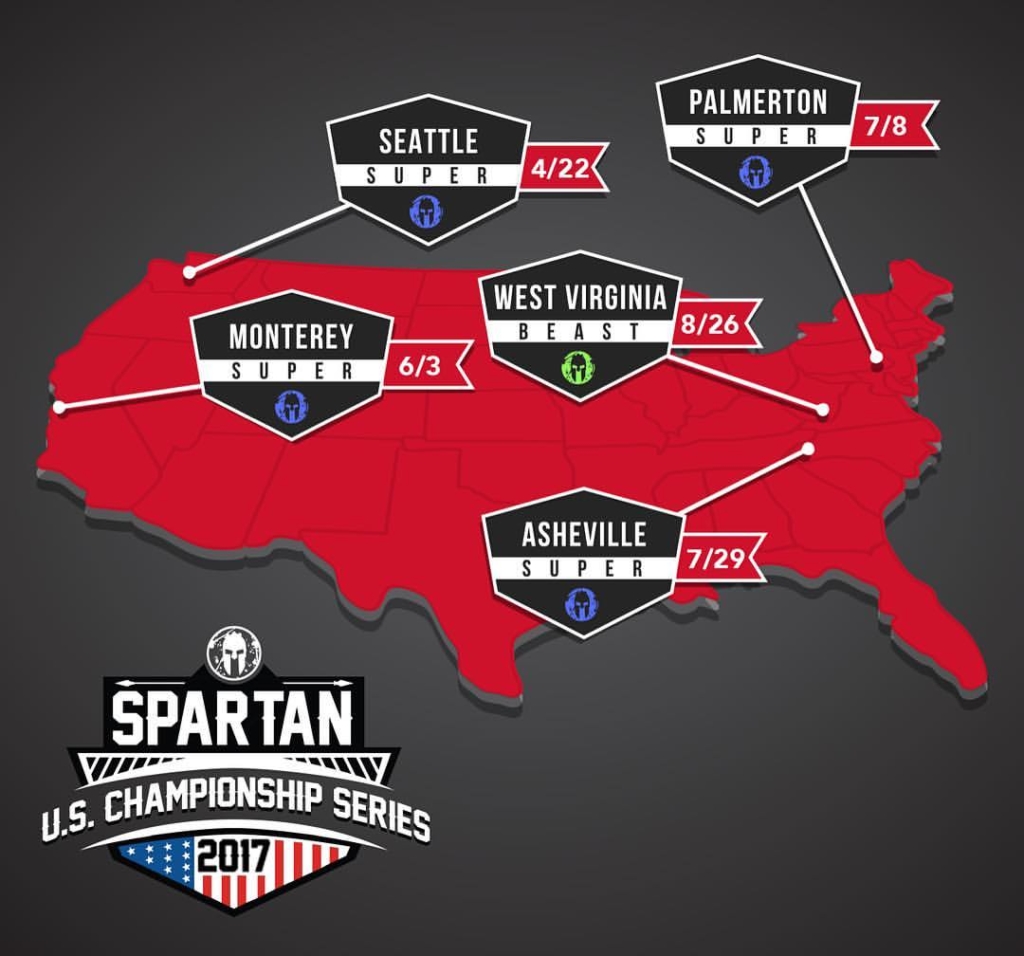 Spartan Race 2017 Age Group Championships will take place in West Virginia on August 26 and 27, 2017. NBC Sports will be filming this new championship race to the Spartan brand.

NBC Sports will once again be filming the entire U.S. Championship series. For the entire press release see below.

Spartan Race, the world’s leading obstacle race company, announced today that the finale of the 2017 Spartan U.S. Championship Series and the first-ever Spartan Age Group Championship will be hosted at the Summit Bechtel Family National Scout Reserve, an internationally renowned adventure destination, on August 26 and 27, 2017. NBC Sports will be on hand to film all the action as part of comprehensive, season-long coverage of the 2017 Spartan U.S. Championship Series.

The Spartan U.S. Championship Series will crown both individual race winners and an overall series champion based on cumulative points earned across the five race series and award more than $100,000 in cash and prizes. The Emmy-nominated series will once again be televised on NBCSN. As the final race in the Spartan U.S. Championship Series, The Ascent presented by Wild, Wonderful West Virginia will bring the most competitive field of athletes to test themselves on the most challenging course of the series.

“We are thrilled to partner with Wild, Wonderful West Virginia and the Summit Bechtel Reserve to bring the final race of the Spartan U.S. Championship Series to the great state of West Virginia. This world-class venue with its impressive terrain and amenities makes it the ultimate destination for Spartan Racers and adventurers, and is the perfect stage for the world’s best athletes to test themselves one last time before the Reebok Spartan Race World Championship in Lake Tahoe,” said Spartan Race Founder and CEO Joe De Sena.

Also new for 2017, Spartan U.S. Championship Series Master 40+ winners will be crowned and have the chance to compete for a specific prize pool.

The weekend will also feature a variety of events and activities outside of the race to enjoy. Known throughout the nation for its impressive panoramic mountain peaks and rolling hills, West Virginia is a world-class destination for elite athletes, fitness enthusiasts, weekend warriors, and families alike.

“We look forward to welcoming the Spartan Race to West Virginia and are excited about the economic impact this event will have on our state and local communities. Bringing in visitors to this region is an opportunity for us to positively showcase our natural beauty, world-class adventures, and the wonderful people of this great state,” said Gov. Earl Ray Tomblin.

“Wild, Wonderful West Virginia is known for our diverse outdoor recreational opportunities and when combined with dedicated locals and a strong commitment to hospitality this race is a perfect fit for the Mountain State.  It is also a truly unique opportunity to showcase—on an international stage—the many things to see and do right here in our backyard,” said Commissioner of Tourism Amy Shuler Goodwin.