On a team, there are many moving parts that need to mesh well in order for the team to succeed. It's not one person that makes or breaks a team, but the collective spirit and drive of its members, such as Jenna Ravenscraft. I reached out to her for this article series, as I wanted to get to know more about her. She is one of the newest state directors of BEASTS OCR, one of their pro team members and is a loyal friend and fierce competitor. Jenna has only been involved in OCR for about 3 years and is going after some pretty large goals, proving it is never too late to set scary goals for yourself.

I’m 38 and this is my third year OCR racing.  I have been teaching and coaching in public education for the past 12 years and just moved into an Athletic Director role.

Yes, I grew up in a small town and I was the youngest kid.  My dad was athletic and coached my brothers and my sports.  So, I have been playing or running around since I was little.

Well, my first race came about because I ran in a local 5K in my hometown where most of the people if not all of them were doing it for fun and I was coming in for the win.  One of my friends said to do the 10k or the half marathon – I never wanted to run for longer than 30 minutes so I made some off comment about boring running and the next thing I knew we were all signing up for the Boise Spartan. Which is my home venue – like 10 minutes from my house.  I did it with a group – we had no clue what to expect but I was in love with racing within the first 5 minutes.

The first year I did the Boise Sprint and the Seattle Super that was 2015. In 2016 I double trifecta with Tahoe world championship course. Last year I tripled but one of those was an Endurance with the ultra, HH12, HH and this is the year I became a part of Beasts OCR.  Being a part of this amazing team or really family has been life-changing. Then this year, I have been the Kimberley for the trifecta weekend – but tried the ultra-instead of the beast. Lots of sprints this year a few of the national series races, the dirty leprechaun, and a terrain race. I have 3 races left on the racing schedule – Tahoe ultra, Dallas Ultra, and Sacramento Super which will finish my dad’s first trifecta a couple days before he turns 70! 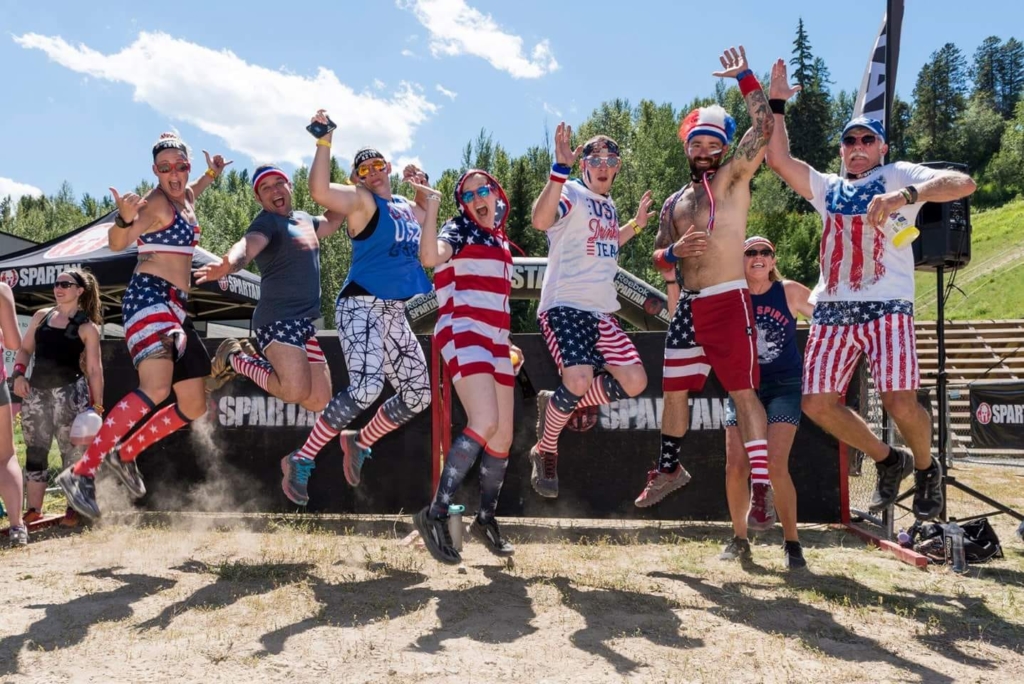 The fact that the running part I could do but just got bored doing.  I really needed a way to switch my focus and obstacles or terrains etc shifted that focus I needed to shift.

If you could design your own obstacle on a course, what would it be?

It wouldn’t have anything to do with balance, but if money wasn’t an issue to build it something enclosed like a mini maze that you had to solve a puzzle to pass through it. Bad backup but if it was big enough then the code you entered could send you multiple ways.

Do you find that mental grit or physical strength is more important in an OCR? What is your reason behind that choice?

For me, the mental game is the winner.  I have been hypodermic, exhausted & physical beaten but it’s amazing what your mind can do. Since completing the HH12 a year ago, I learned that if you allow it your mind can give up way before your body ever will.  I wanted to quit, and I was suffering from exhaustion and slight sleep deprivation so I was lost and emotional.  Before that, I was cold and hungry.  The competitive nature in me didn’t allow me to stop and I completed it.  In the Dallas ultra, it was below freezing at the start – it was record-setting chilly for there. I wasn’t as prepared for the weather as I should have been – or the running in the dark. So, surviving those 2 events really changed the way I approach and handle things

When on an OCR course, who inspires you personally?

My dad – he started doing races during my second year.  We did the Portland sprint with my brother. Shortly after he had a checkup for his heart and ended up needing a valve replacement which had 2 months later.  He came back the next year and raced a couple more sprints with me.  This year we got him a trifecta pass. People out on the course hear his story and people I meet at expos and races when he isn’t there get to hear his story – most people then say they have no excuse.  He has a full OCR gym set up in his shop now. He is racing age group in Sacramento and he is coming for the 50-year-olds.

Nutrition is so different for everybody. I hate bananas, but I eat them during race weeks. It’s more of in my head now and not as much nutrition based as I know there are other ways to get potassium, but I just can’t switch it

Test your shoes before and find what works for you – tons of shoes out there but a good pair could make your race more enjoyable. Not make it or break it wise just more enjoyable

What is one piece of gear that you take with you on the course at every race?

Garmin tracker. I have had three different kinds – currently Fenix 5 and loving it. It has a beer tracker!

What are your goals for the remainder of this race season?

I missed qualifying for worlds and I can’t make the NA championships so I’m racing in the Ultra at Tahoe in age group and I really want to make a podium spot there. Then podium in Sacramento that way I will have been able to podium at different race lengths. I have 2 2nd places and missed the spear both times – so clean races matter

Where can someone reach out to you on social media?