Next on the Permanent Facility Spotlight is the Midwest’s most popular permanent venue, home to the Battle Corps and soon to be the new home for Tough Mudder, The Battlegrounds.

The Gauntlet: One of the coolest obstacles in all of OCR, a six-lane, choose your own path obstacle consisting of apparatuses dangling over the water. Options include a mix of balance beams, horizontal pipes, vertical chain link fences, hanging sections of hose, climbing holds and more. Jared Renyer of JRen Fitness takes on one of the more challenging lanes of The Gauntlet obstacle.

Torpedo Launcher: Slides are fun and The Battlegrounds has an enormous one in the middle of the course that is visible to spectators.

Two (the last one for the next five years is scheduled for May 19th, 2018) before it becomes a Tough Mudder Venue. Brian Fisher jumps from the height into the water pit below.

Who will love it: If you feel the need for speed, The Battlegrounds brings it. In an OCR world where everyone seems to be obsessed with racing on the side of a mountain, it is nice to see some companies still have OCRs on the flat and fast terrain.

Reason for Open Wave Athletes to Go: Obstacles are fun but will not destroy the upper body.

Reasons for Elite Athletes to Go: Mandatory completion and cash prizes make this a go-to event for an elite athlete.  Plus if you are often just off the podium or are more focused on Age Group podiums, they offer prizes for Age Group top three, something that is rare in the OCR world. Where You May Know Them From: The Battle Corps, The Battlegrounds race team are pretty much at every race in the Midwest and are typically seen at the OCR Championship events.

Bonus Reason for Attending: On-site in addition to their permanent facility is a winery providing free samples, bottles of wine for purchase and food for those looking for a meal. Heads up though, no children are allowed inside the winery even if accompanied by parents. BROCR's Leah Hensley enjoys a post-race beverage at the winery. All six lanes of the Gauntlet shown. 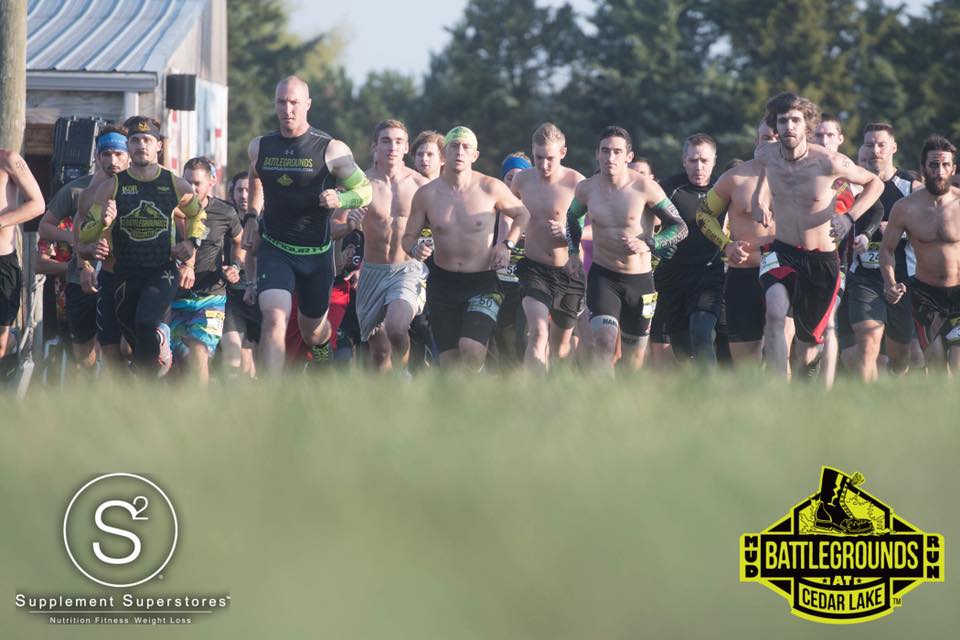 All photos courtesy of official race photographers for The Battlegrounds