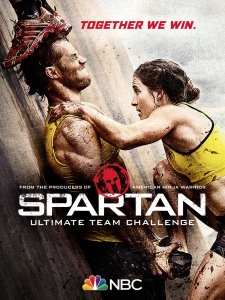 Behind the Scenes / About the Teams / Team Interviews

Each week, we'll bring you an exclusive look at some of the teams on the episode. Stay tuned to find out more about your favorite teams! 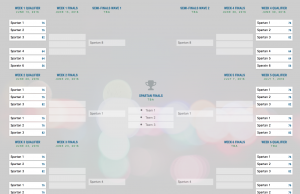 Missed the episode? Can't remember who advanced, and who was sent home? Don't worry, we have your covered with our Spartan Ultimate Team Challenge Bracket! Check anytime after an episode airs to find the latest team winners.

Inspired by Spartan Race – the creators of the world's most demanding obstacle course races – “Spartan: Ultimate Team Challenge” raises the bar on team competitions. Groups of friends, families, co-workers and more must work together as they race across specially designed Spartan courses, engineered to test their determination, endurance and will. Teams of five compete on one the most demanding courses ever devised and have to push through the pain to win $250,000.

In each episode of this seven-episode series, six teams of five compete in the world's most grueling mile-long obstacle course. Each team consists of two men, two women and a team captain. No team gets through the demanding obstacles or crosses the finish line without working together. From muddy crawls under barbed wire to rope-burning climbs, the competition culminates with one of the most arduous obstacles ever built: the dreaded slip wall. As teams progress in the competition and the obstacles get more punishing, teamwork is the only way to come out on top.