With the end of the year hours away, and the new year already underway down under. We take a moment to pause and recount your favorite articles from 2015. The obstacle course racing industry has done a lot of growing in the last year and looks to continue to push boundaries in 2016. We looked at the data and here is a countdown of your favorite articles in 2015. 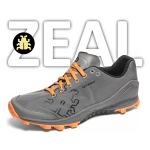 I’m going to try and keep this post short, and while being as descriptive as possible I will eschew the flowery superlatives that I am prone to in most conversations about my shoes. You see, I’m a shoe junkie, a zealot for kickery, a sneak freak… and I’m constantly driven to find the best of the bunch to shod my little elf feet in… continued.

Since its inception at the turn of the century, the sport of Obstacle Course Racing, more commonly known as OCR, has been the source of many rumors, myths, urban legends, and tall tales. In this series, we will delve into these mysteries in order to clear up some of the common misconceptions we fall victim to… continued. 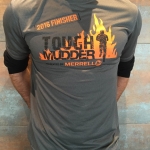 7. How to Pick a Fight With a Spartan… Let's Talk Burpees 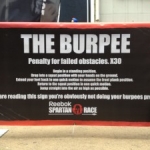 In my circle of friends I have often joked with them, “How do you start a fight with a Spartan Racer?… Burpees!”. How many times have we seen on the internet another argument about the proper form of a burpee in a Spartan Race. More than one barstool conversation has become heated over the subject… continued.

6. Into the Wild: John Yatsko 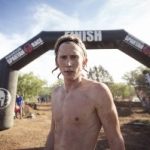 If you think you know John Yatsko, but you don’t know him personally, there is a good chance that you don’t really know him at all. Perceived as smug, dismissive, and blunt – there is much more to the story… continued.

5. 10 Kinds of Obstacle Racer, Which One Are You

While you meet people from all walks of life on the racing circuit, the growth of obstacle racing over the years has allowed for a number of distinct groups to emerge. If you have been racing for a while, chances are you have run into one of these folks on the race course. [We love and need them all.]…continued.

4.  You Know You Are An Obstacle Racer When… 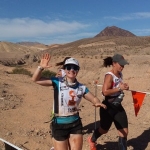 We in the obstacle racing world are a class of our own. We find joy in the mud, climb walls when not being chased, and overall find pleasure in what many would consider a painful experience. Did I mention we pay to get electrocuted and pummeled by large men (well we use to)? We gave our contributors a task, finish this statement – “You Know You Are an Obstacle Racer When…” This is what they had to say… continued.

3. BattleFrog Series Makes Changes in Format to All Future Events In the past few days, rumors have made their way across the OCR World regarding the future of the BattleFrog Race Series. These rumors came just days after the filming of the ESPN college special. The special is due to air later this spring. This afternoon we at Mud Run Guide received an email with updates from BattleFrog HQ regarding the races for the rest of the season as well as some format changes… continued. 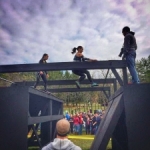 In 2016, the OCR World Championships will change the model, moving our sport forward, allowing athletes to truly specialize and train appropriately, by offering 3 championship distances. In 2016, we’ll crown (3) World Champions at the same event: short, middle, and long distance… continued.

Hey there, OCR. Come on in and sit down. Let’s have a little chat, you and I. It’s time that we address an issue that has been steadily building over the past year. It’s not easy for me to say this but here it is: OCR, you are developing a bad case of hubris. I’m only telling you this because I care about you. I want you to get better… Continued.